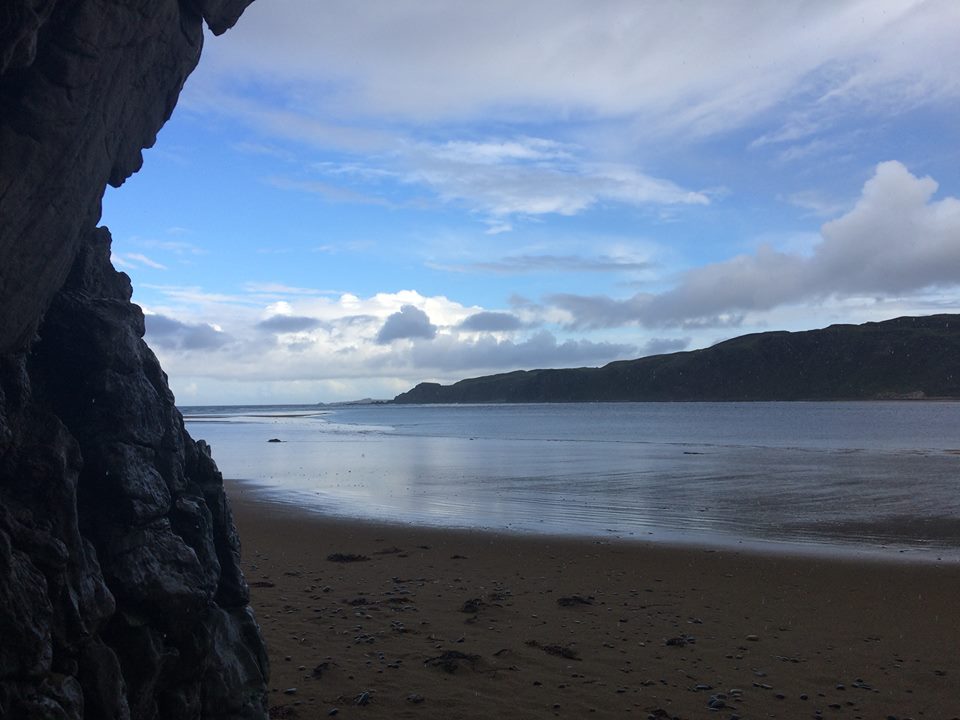 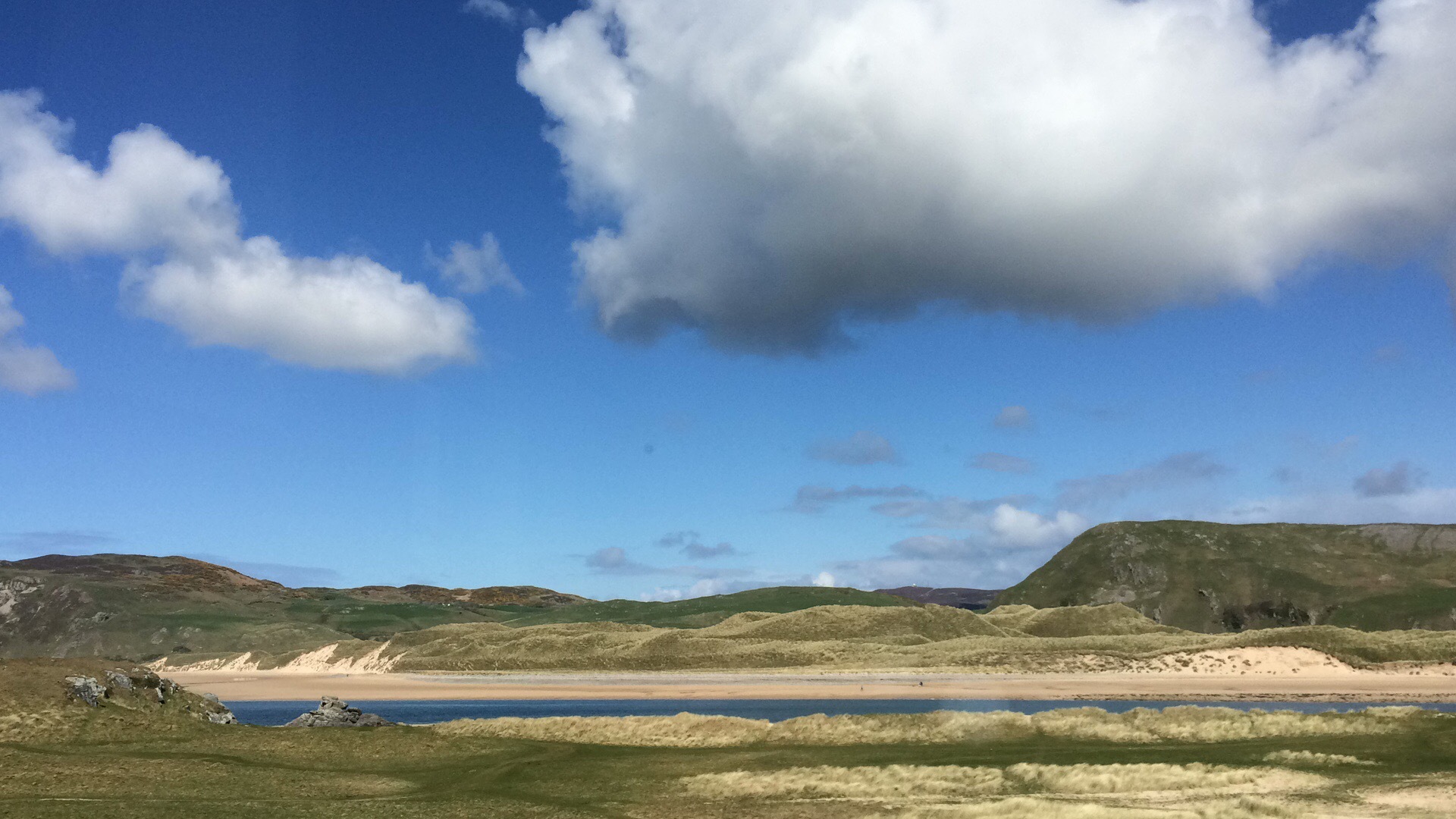 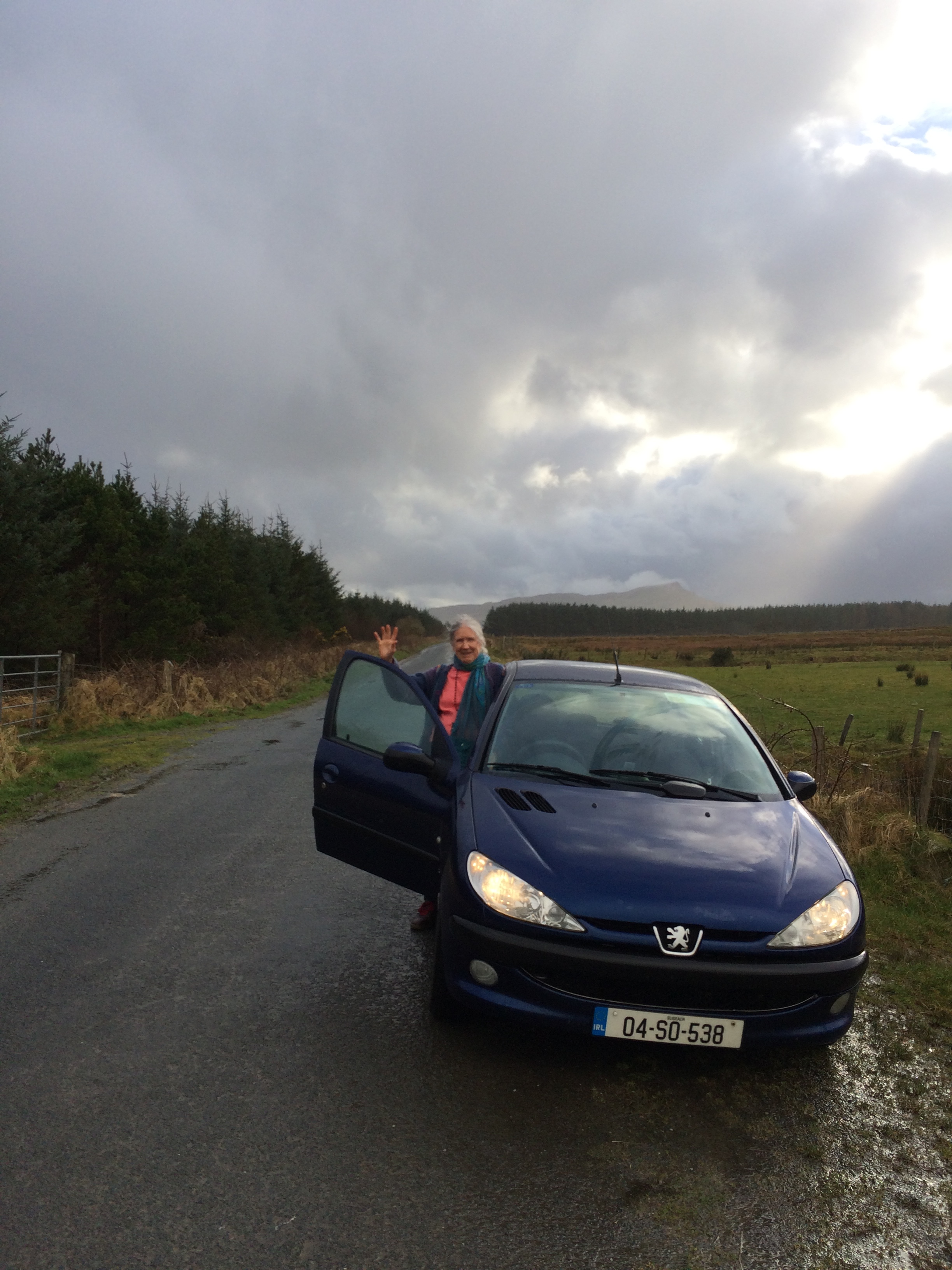 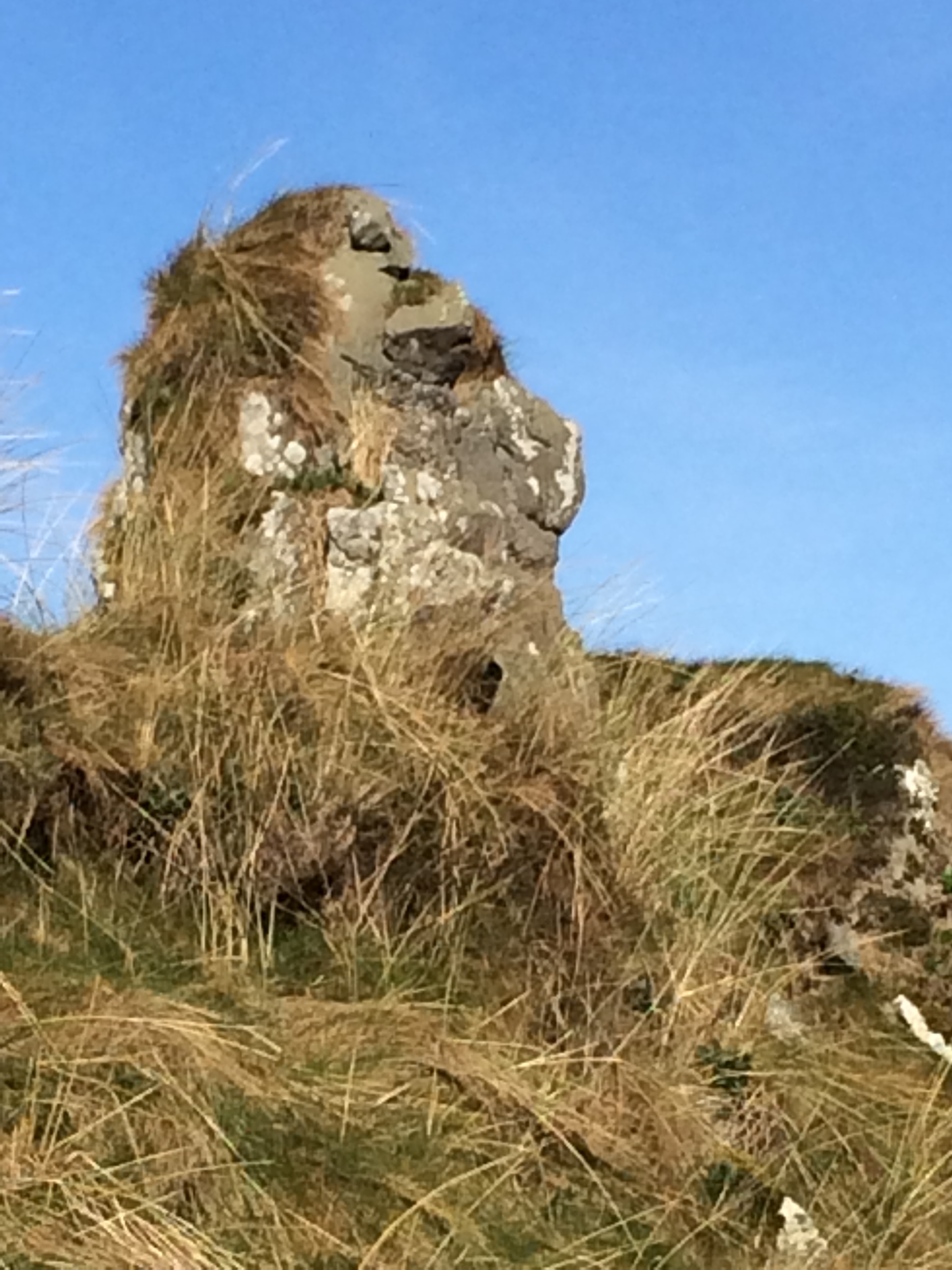 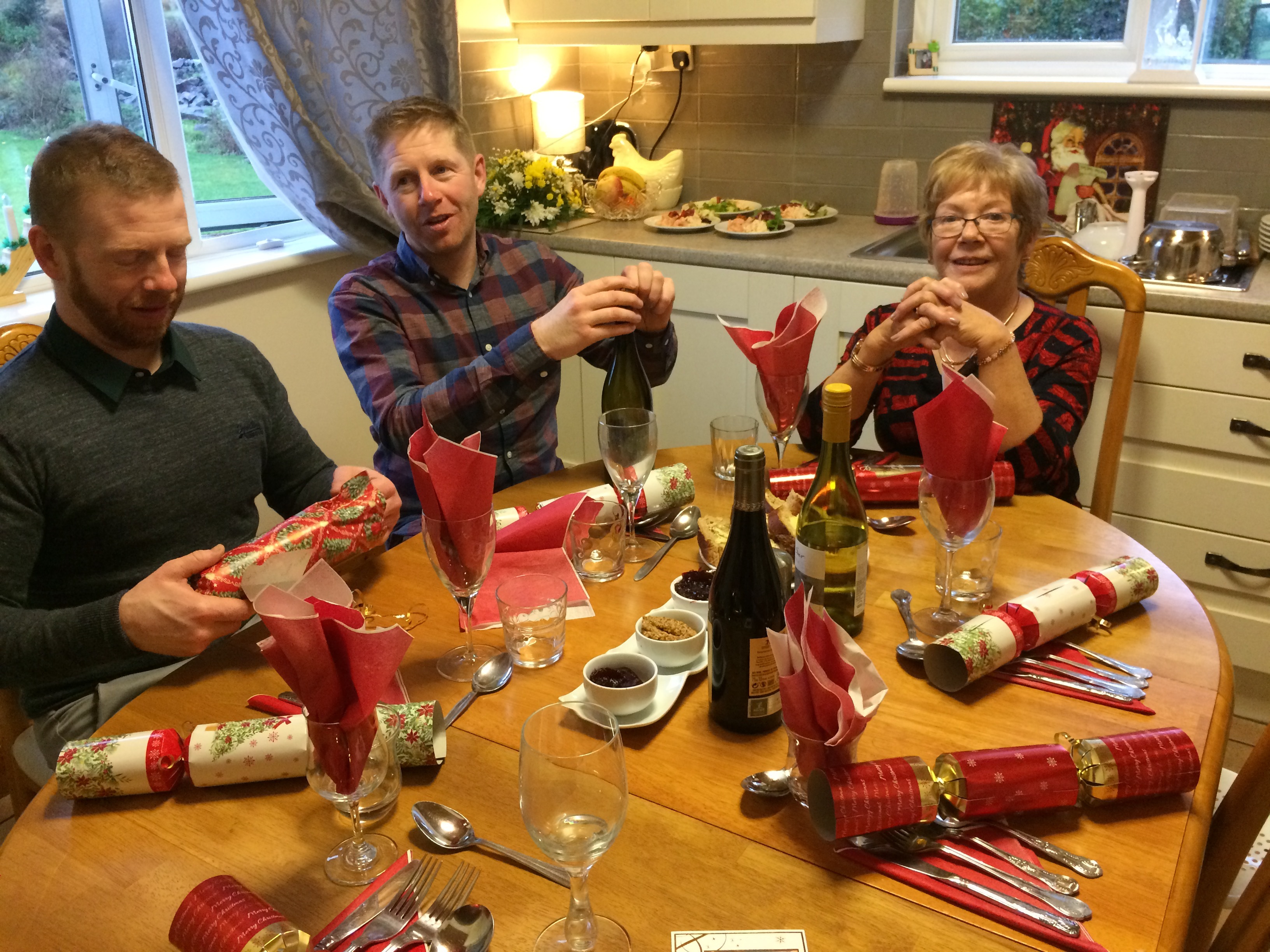 Christmas dinner at the Duey's 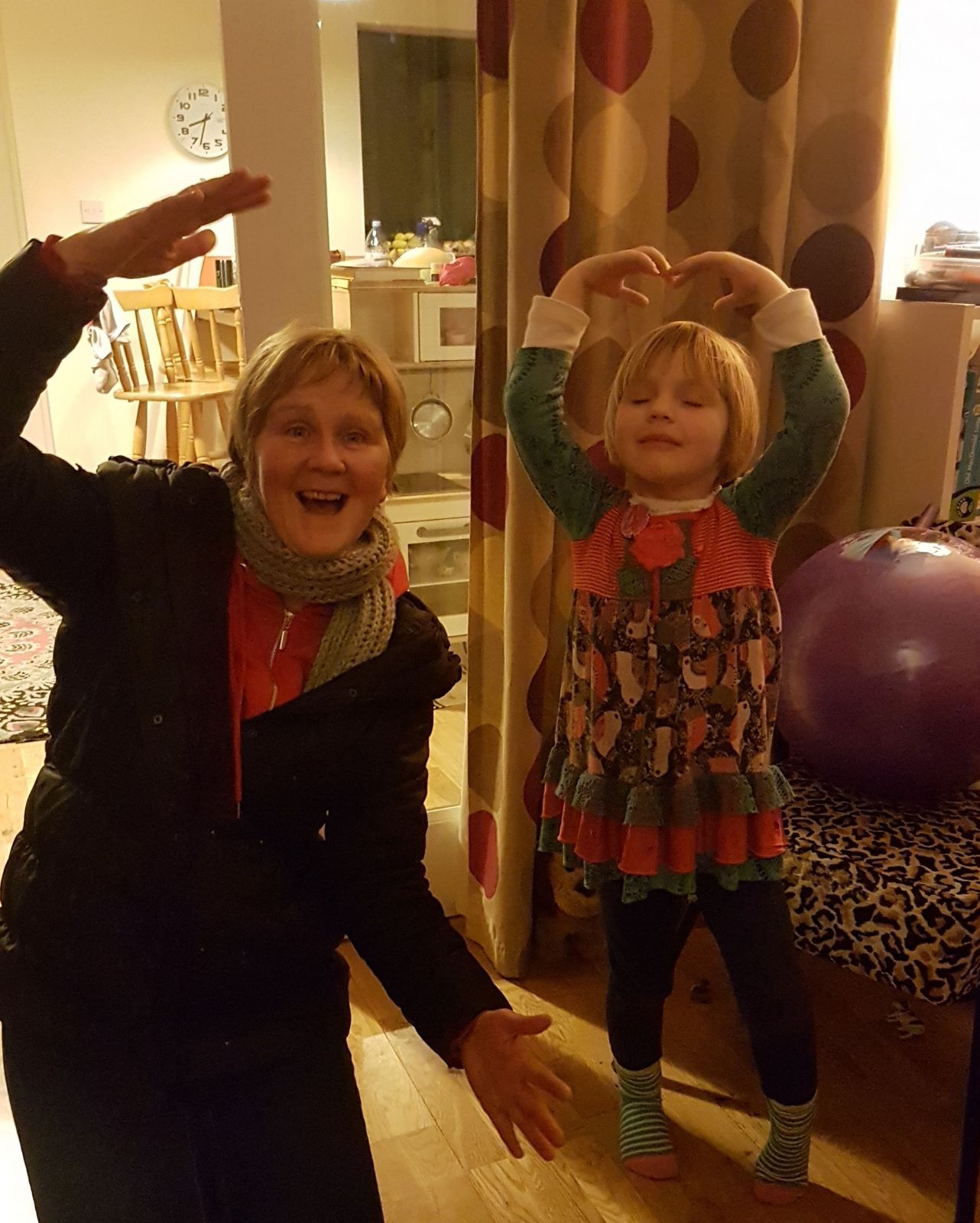 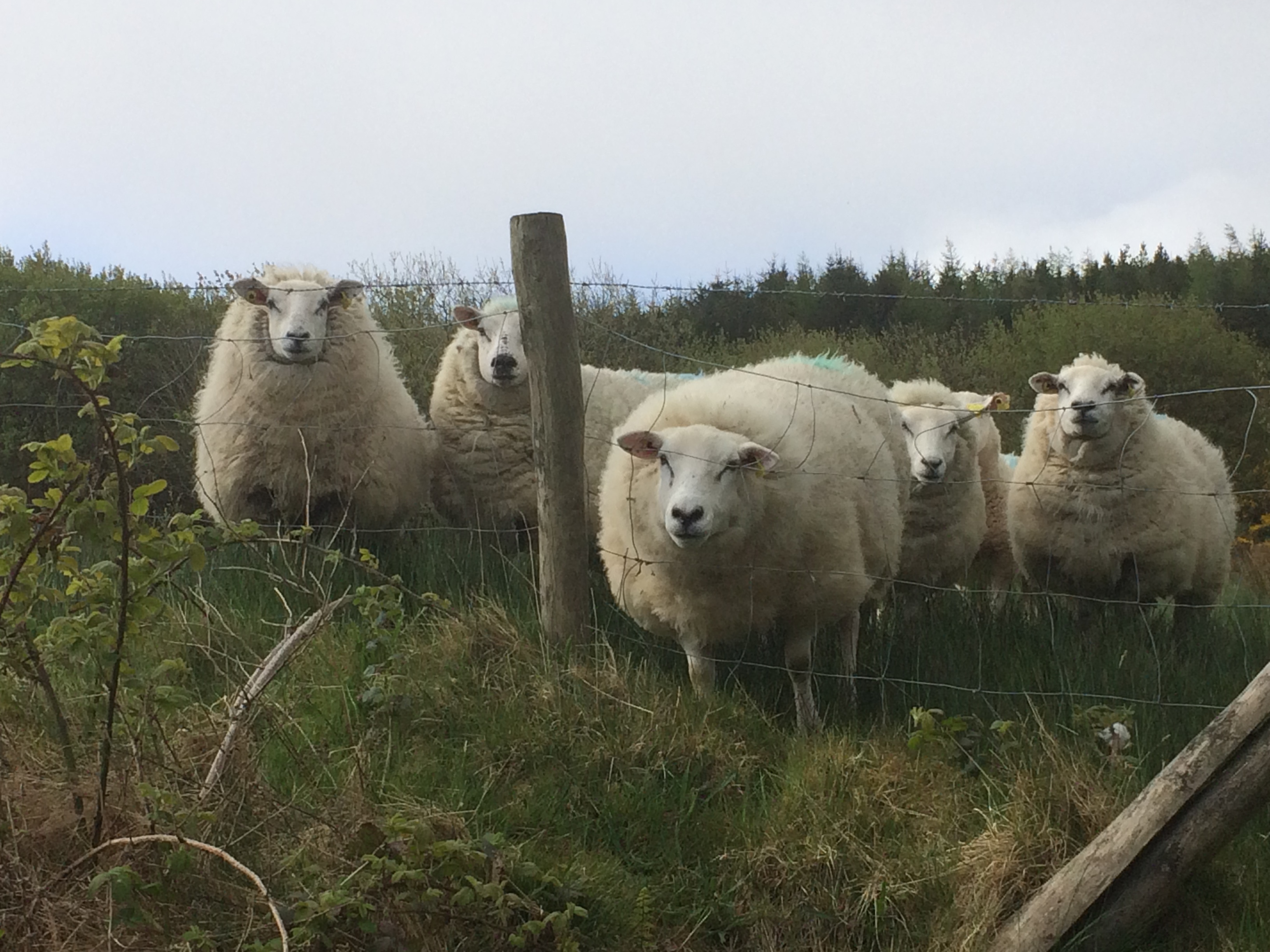 We are all curious 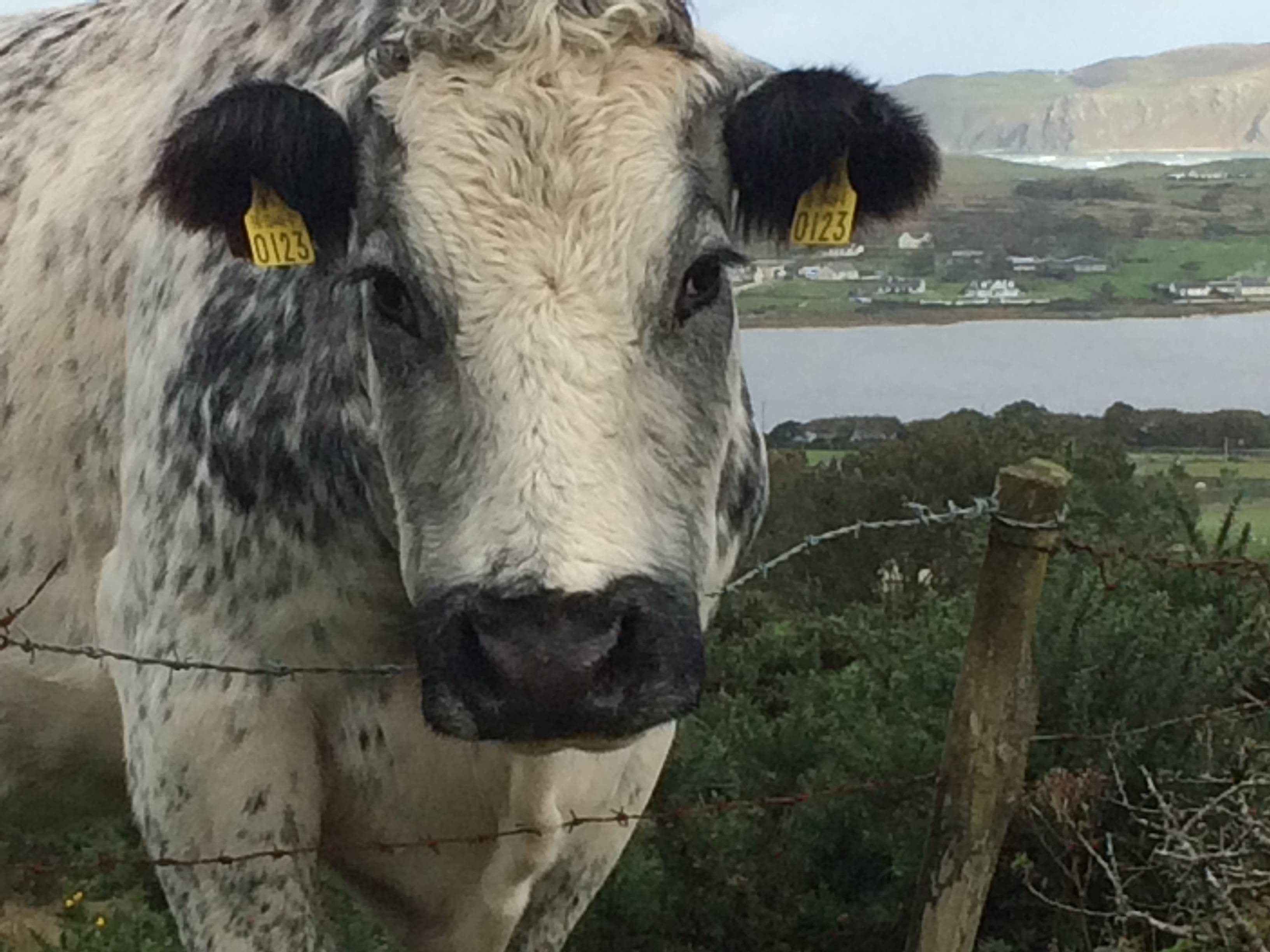 Memoir: Living on The Wild Atlantic Way in Ireland

A Work in Progress

To the waters and the wild,

With a faery, hand in hand,

For this world's more full of weeping than you can understand

And then it rained and rained and one day it didn't and so I wore my raincoat anyway and stood on a hill and watched a black cloud blow my way and then, standing still, I turned away from the downpour and the wind and reveled in the sound on my back, the pelting rain. When it slowed I could see more black clouds arriving, and so I ran down the trail lined with tufts of long pointy grasses, past the lion-man, the ancient troll who guards the pathway, and down and down the now sandy trail to the shore. My plastic be-safe-be-seen yellow rain jacket kept me dry, but my rain pants leaked and my knees were soaked. I managed my way across the golf-ball-sized pebbles, carefully, stepping gingerly, plotting the way over wobbly stones, until my feet finally touched hard sand.

I picked up speed again and headed around the bend and ducked into one of the several caves on this side of Trawbreaga Bay, the bay that curves around the Isle of Doagh where I lived. All of Ireland seems to be about circles. Now the rain fell in sheets, waving like wind-blown curtains, opening to mysteries unknown, unseen. The tide was partly out, leaving glass-like mirrors in the sand, sheets of rain reflected there, and the light beyond the black clouds, shining in the sandy mirror and falling rain. Across the narrow channel of the bay, cliffs rose to high green hills of Donegal's Seven Sister mountain range, and down from there, directly across from where I stood are Seven Sister sand dunes, some of the highest in all of Europe. I'd often see people walking their dogs there below the dunes.

I'd written a directive that my ashes be tossed into Trawbreaga Bay during an ebbing tide, right where it meets the Atlantic, a deep rushing river-like passage. My friend Gemma has a home right at that place on the Isle of Doagh and she said "yes." Another friend Rosien told her brother-in-law Seamus about my plan. The obstacle was that the crematorium was in Belfast, a good two and one half hours distance away. (The Irish generally prefer to bury their dead.) A lot to pay for a hearse to drive that far. So Seamus said he'd take my body there. Rosien said, "Jesus, Mary and Joseph!" And we all laughed at the vision of my corpse making the trip in the back of Seamus's white transit van!

Meanwhile here I was standing out of the rain in a cave made famous by the not-so-famous movie, "A Shine of Rainbows," about a lonely orphan boy who made friends with a baby seal and the boy's adoptive mother showed her orphan son how to sing to call the seal and to cause rainbows to appear and that was his pot of gold. Have you ever tried to make your way to the end of the arc of the rainbow to collect your pot of gold? Ireland, in Co. Donegal at least, rainbows appear with some degree of regularity. Double ones and even triple ones sometimes. But whenever I tried to follow a rainbow to the end where the gold would be, the rainbow moved. Perhaps the gold lies in the splendor of impermanence.

There was no rainbow with my storm today, no sun to bring out the colors. Enough light and drama in the cloud formations to give any poet inspiration. I gave a bow to the stone beings who live there in that cave and all along the stony cliffs of that shore, and went along my way. I'll tell about the stone beings on another day.